Since its release in 2012, CSGO has seen many changes by Valve in order to make it look better, more balanced, and more entertained for its international and growing playerbase. Some of these changes specifically regard maps. In our CSGO map list, we will be looking at all the map types, as well as the groups in which they are divided. We’ve come a long way since the old, original Counter-Strike maps and now have various ones for every game mode.

There are seven main game types, depending on the objective you have in a specific game mode. All games on CSGO are played in two teams, the Terrorists and the Counter-Terrorist, but the way in which each faction plays and their goal in the game varies, as you will see. 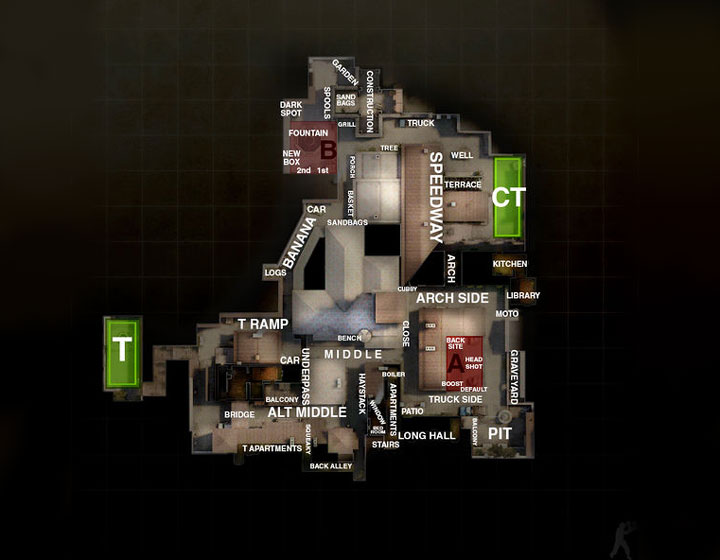 This mode is the most popular one, also because it’s the one we are accustomed to see in pro matches. The twelve maps are divided in two groups, the Active Duty Pool and the Reserves.

Bomb defusal maps are characterized by the prefix de_.

This mode is centered around a group of hostages. They were four or more in previous versions of the game, but now there are just two of them. They were captured by the Terrorists and need to be freed by the Counter-Terrorists. The latter, as an alternative, can also win the game by killing all their opponents.

There are five maps in total and are marked by the prefix cs_.

The first of the three so-called “War Games”, it is the classic team deathmatch; you start the game without weapons and must work your way through the game by killing your enemies and collecting weapons until you reach the final in which you have to use the infamous golden knife. 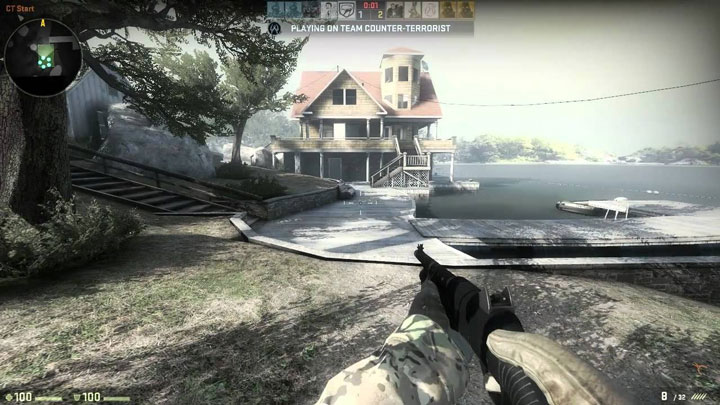 It is the second War Game. The concept is very similar to Bomb Defusal (in fact, the prefix is the same, de_). However, the maps are smaller as there is just one site where to plant the bomb. You can receive new weapons after each round if you have killed at least an enemy in such round.

The last of the three War Games, the concept is similar to Arms Race but with a funny twist. Gravity is reduced, and midair acceleration increased, so you can play at eliminating your opponents while you are basically flying. The only two weapons allowed are the SSG 08 rifle and the knife.

This game mode is characterized by a game similar to Competitive in terms of rules, but a bit different in terms of playstyle and maps, as the mode features two teams of 2 players each only, and reduced maps with just a single bomb site, closer to the point of the players’ spawn.

In the list below featuring all Wingman maps, you will see in the parenthesis the bomb site featured in this game mode between the two usually available if you would be playing a classic Bomb Defusal match.

The last mode we are covering is the one introduced in the 2018 update. It is Valve’s version of a Battle Royale game for CSGO. It features 18 players into a single battle arena who have to battle against each other and collect equipment in order to defeat their enemies and be the last warrior standing.

There are currently three maps in this mode:

Only one is available for matchmaking at a time and is different every 10 minutes.

In an update from 2014, Valve introduced a system of map grouping to better organize existing and future maps. The system was last updated 3 years ago and is structured in 9 sections. 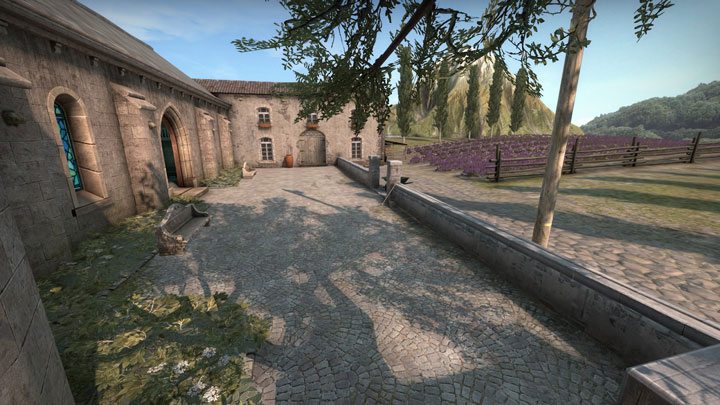 We are used to think of maps as created by the game’s developer. However, in CSGO, this is not always the case. Some of these maps were (and are) created by developers that are not part of the official ones. They are the Custom maps.

What is interesting is that the majority of the currently official maps, i.e., those now handled by Valve, were created by the community and then adopted by Valve, who made them the official ones we now all know.

Because of this importance Valve places on the work of the community, the Steam Workshop becomes an essential place when we talk about CSGO maps. The ones with the most support in the workshop are likely to be picked up by Valve, so there is always the chance to see your creation in a pro match.

Some maps, however, were left behind. CSGO has a lot of history behind. For example, original CS modes like Assassination and Escape, and, consequently, their maps, are no longer featured in CSGO.

A Guide on How to Kick in CSGO