CSGO has been one of the most popular first-person shooter games over the past decade and has cemented itself as one of the biggest and best esports titles in the world. With the popularity and player base that CSGO has continued to experience, it comes as no surprise that the live Steam Market is active, and CSGO skins are highly sought after. We also take a look at the much-discussed CSGO trading bot.

Welcoming You To CSGO

CSGO is the abbreviation for the game Counter-Strike: Global Offensive, which is an FPS created by Valve Corporation. CSGO is the fourth iteration of the Counter-Strike series and has been at the forefront for quite some time. With the main gamemode being based around a bomb defusal between two teams, “Terrorists” and “Counter-Terrorists”, there is also an economy system in play in order to purchase weapons and items. Depending on your personal success in the game and the team’s success, you will have more money, giving you the opportunity to purchase better weapons. There are several different casual modes available as well, but that is the overall idea of CSGO.

What Are CSGO Trading Sites

Before we dive deeper into the trading sites and what they entail, I think it is important you understand exactly what a CSGO skin is, why people trade them, and what use they have.

If you have played other mainstream FPS games, you may know skins to be referred to as camos for your guns. CSGO skins refer to weapons that have different textures, with a different variety of “wear” conditions being available. Unlike other titles, you don’t unlock these skins through challenges and objectives.

Instead, you can earn skins as rewards from playing games of CSGO or through opening cases. Each case will have a selected range of skins, all holding different values on the markets.

We mentioned above how there are different wear conditions available for each skin. The amount of wear will determine how much of the skin design you can actually see on the gun, and there are five different variants. The highest quality is “Factory New” and decreases in the following order; “Minimal Wear”, “Field-Tested”, “Well-Worn”, “Battle-Scarred”. As you may expect, the better the wear condition, the more value the skin holds during skins trading.

Initially, players could only trade skins between friends and through the steam market, which was fine but would sometimes limit what you could really do with high valued skins. Then trading sites started popping up, allowing players to trade skins, sell skins, or deposit skins for a monetary return.

Your typical CSGO trading site will let you trade and sell skins for a slight commission (usually 5-10%) for using their services. They act as a useful way to get rid of low-value skins and work your way up to higher quality, more valued skins.

These trading sites will often have case openings available as well, commonly undercutting the price players would have to pay through Steam, which obviously increases their appeal. Overall the prices and value for players are typically much better on external sites, which has hindered the growth and use of the internal Steam market.

When choosing a trading site to use, it’s worth spending some time researching and finding the best options. Later we will provide you with some of our recommendations following extensive research to help you along with things.

With that being said, if you wish to go on the hunt for any other sites, here’s a couple of things you should take into consideration when choosing a CSGO trading site.

Each and every betting site will hold different licenses, depending on the countries they are legally allowed to operate in. Normally you will be prompted if you are on a website that isn’t available in your country/region, but regardless, it’s always worth heading to the terms and conditions to find out everything you can about the company, their licenses, and how they operate.

These days it is becoming increasingly common for companies and bookmakers to offer some sort of 24/7 customer support. We advise you to have a look at the reviews previous users have left regarding customer service. The last you want is to be left stuck experiencing issues with high valued skins on the line.

There is one main thing to look out for is that you’re on the actual site and haven’t accidentally gone to a skeptical site through a phishing link. Ensuring you are always on the correct site will help to keep your in-game skins, private information, and banking details safe.

This may sound confusing, or like something you want to avoid; however, that is not the case. When you hear people mention a CSGO trading bot, don’t be alarmed, as this is simply just another way to describe CSGO trading platforms. In these cases, you actually trade with a bot rather than a human.

This has become popular for one main benefit; you are much less likely to get scammed. As long as you are using a legitimate and respected trading site, you will be fine. There have been endless counts of human to human trading going wrong with players getting scammed in the past, so keep yourself right. 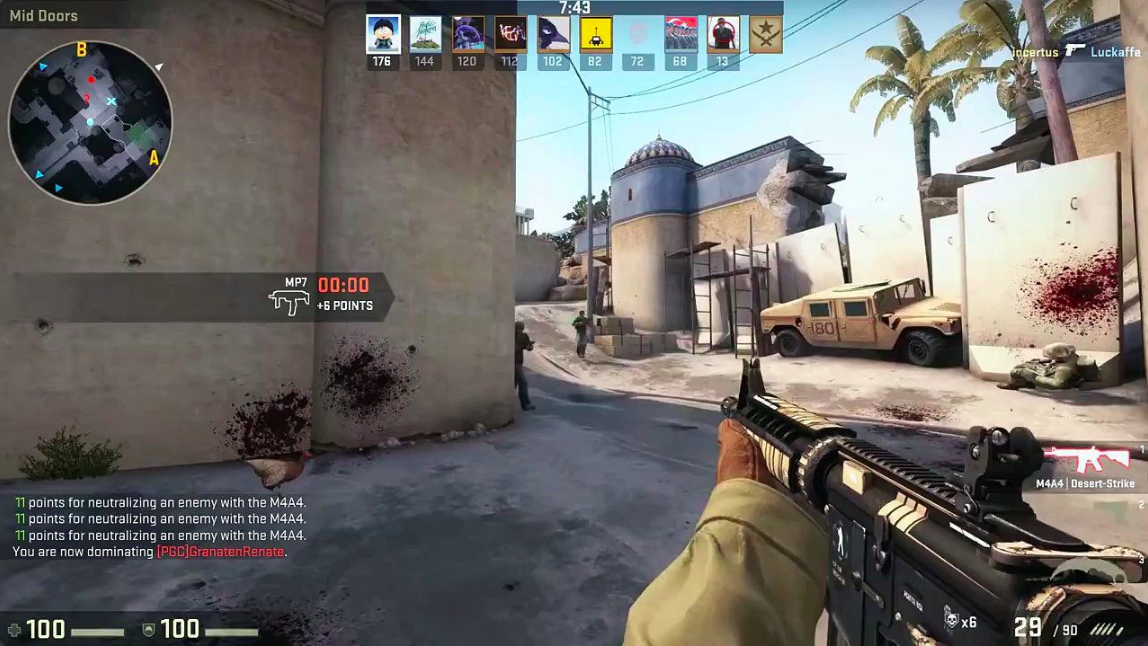 Now you know everything you need to know about CSGO, their skin system, and how you can trade them. As we mentioned earlier, we have selected some of what we believe to be the best sites to trade CSGO skins. You can find these below.

That should be a few good options to get you started. You can also find a good community for CSGO trading on the likes of Reddit to help you on your way. We hope you’ll have success trading your inventory and picking up some cheap CS GO skins along the way.